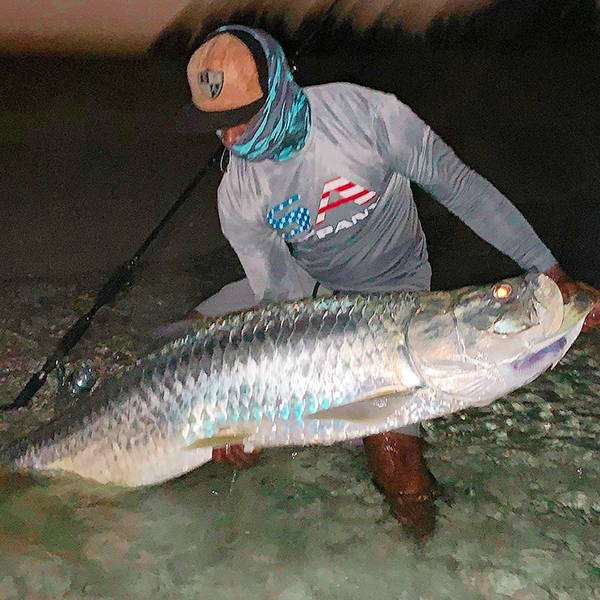 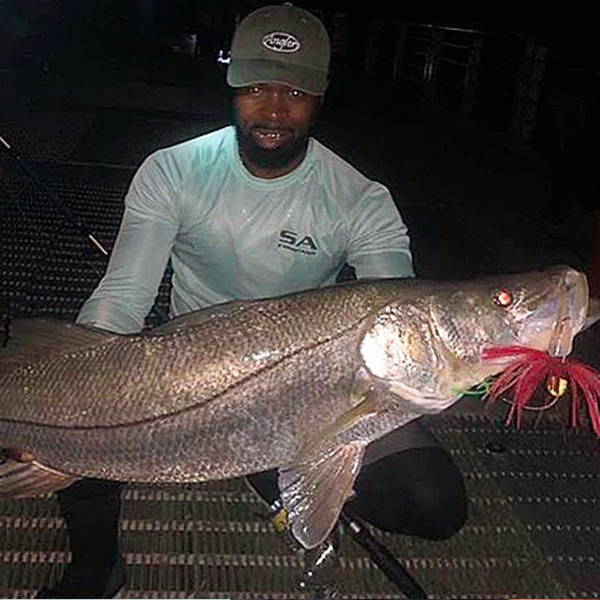 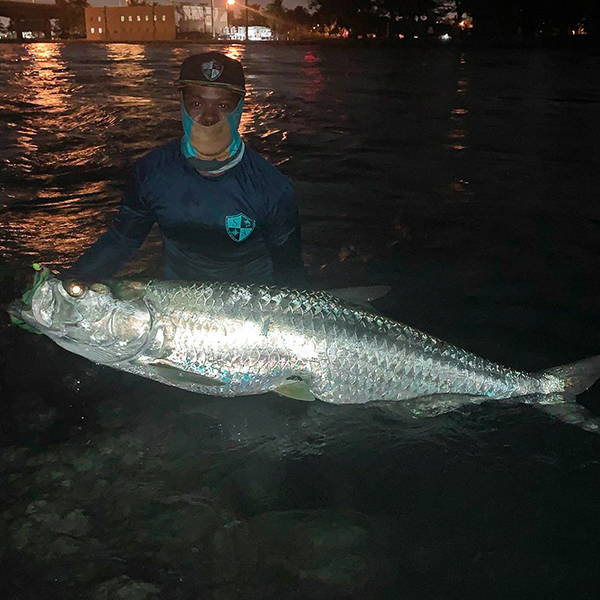 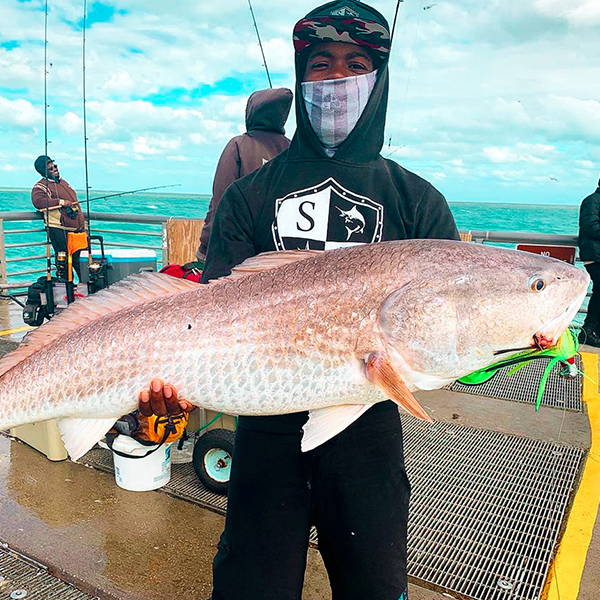 Meet Borris Moore, the Miami, Florida native, and one of the best land-based fishermen in the world.

Borris loves 3 things in life: his family, his faith in God, and Tarpon fishing.

And Borris is very good at tarpon fishing.

His grandparents taught him to fish at the young age of 4, and as he set the hook into small freshwater fish, he was hooked for life. Eventually Borris started fishing for the large saltwater fish that call Miami home, and when he caught his first large tarpon – a 150-pounder from a bridge hooked on a flair hawk jig – that’s when he knew he discovered his passion. The fish took him on a literal obstacle course, but he remained focused and poised, and ultimately landed and released the fish, all caught within 30 minutes.

Any tarpon fisherman knows that tarpon are arguably one of the hardest fish to hook, and catching them is a whole different story. Their stubbornness makes them incredibly hard to bite your lure or bait, and their hard mouths make them incredibly hard to actually hook. As if that isn’t enough, tarpon are what most would call the “sailfish of the flats”, and make more acrobatic jumps than an Olympic gymnast in an effort to spit out the hook. If that doesn’t happen and your hook somehow stays inside the fish’s bony mouth, they’ll also break your line on barnacle-encrusted structures, or simply take all of your line on a 350-yard run where you’re unable to stop them. They’re one of the hardest fish to catch, period. And Borris is a master at it.

But Borris knows how difficult the fish can be, recalling one night where he went 0 for 20, on fish all over 100 pounds. He was able to entice the tarpon to bite, but either the fish spit the hook, or he would lose the fish after fighting them for 30 minutes at a time. By the end of the night, Borris was literally broken down to his knees, his spirit crushed, and had zero fish landed. He limped home and had a sore back for weeks afterwards. But his belief in God gave him the strength to persevere and keep going, and he learned from his eros and became a better fisherman. Borris now has a special skill set for catching tarpon that can only be learned through years of trial and error. He can anticipate when the fish is about to jump. He knows when the fish will run. He knows when the fish will try to break him off on pylons. He knows things about tarpon that cannot be taught, only experienced — and his biggest tarpon ever from land was an absolute monster at an estimated 225 pounds.

Borris’s favorite SA gear is the long sleeve hoodies, which help to keep him warm during the long nights fishing in Miami for Tarpon and Snook.

Borris ends every conversation with a wish to stay blessed and appreciation. He believes that through determination, sacrifices, and hard work, in the end it is all worth it.